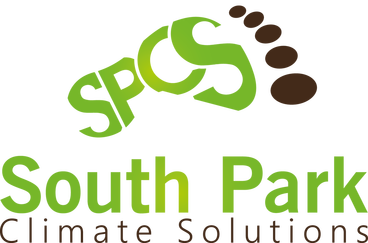 Saving the world and having fun

One thing that strikes me when I look at San Diego’s Climate Action Plan (CAP) is the degree to which it does not resemble a climate plan for San Diego. Yes, the words “Climate Action Plan” and “San Diego” appear on the cover, but what I mean is that once you get past the title, the CAP reads as though it could be the climate plan for Cleveland, Orlando, or Pittsburgh.

Now, a lot of great work went into the plan. But reading through the document I don’t see how anyone could really get the gist that this plan was made for San Diego. Here is the section on “Spurring Economic Development”

Reinvestment in local buildings and infrastructure will provide new opportunities for skilled trades and a variety of professional services as well as increasing San Diego’s global competitiveness in the world economy. The methods and tools include public/private partnerships and hands-on training, providing an opportunity for labor and businesses to work together to build a green economy.

Go on, substitute “Green Bay” or “Toledo” for “San Diego” in that section and you’ll see what I’m talking about. What this generic quality does is it diminishes our imagination and restricts our thinking on the subject. And it fails to consider a great number of advantages that we San Diegans have when we are combating global warming on a local level.

It seems that one of the great oversights of the plan is consideration of the wonderful climate that we enjoy and how that can help us move forward as we draw down the amount of carbon we throw up in the atmosphere. Because of the mitigating effect of the Pacific Ocean, coastal San Diego rarely gets very hot or very cold. That is a big, big plus for San Diego’s climate strategy. Despite the Mojave Desert and Death Valley, California as a whole experiences fairly mild climate, which places us in the lead of having lower per capita carbon emissions in the first place.

According to the U.S. Energy Information Administration, space cooling accounts for the largest percentage (13%) of U.S. home electricity consumption. According to the Department of Energy, on average, each home with an air conditioner releases about two tons of carbon dioxide into the atmosphere each year; for the country as a whole that comes out to about 100 million tons of CO2. It therefore should be one of the first starting points of any climate plan.

Living without air conditioning is conceivable; after all, the modern luxury only really began to gain ground around 60 years ago.[2] And it is fairly recent in memory when air conditioning had not become the ubiquitous comfort that it is. As late as 1993, air conditioning was found in just 68 percent of all U.S. housing. Now 87 percent are air-conditioned.

There are segments of our economy and way of life that release more CO2, but CO2 is only one of the greenhouse gasses released from the use of air conditioning. The refrigerants, usually hydrofluorocarbons (HFCs) are greenhouse gases.[3] And the warming potential of HFCs far exceeds that of CO2. Although the warming potential varies widely for the differing compounds, on average HFCs have 3,770 times the warming capability of CO2. Keep in mind that these gases are not emitted as CO2 is, but there is leakage from refrigerators and air conditioners. But keep in mind as well that this leakage, though small in amount, has the potential, molecule for molecule, to warm the planet at a far greater rate than CO2.

There is action now by the EPA to reduce the use of HFCs.[4] But why should San Diego wait for a technological fix that may come to light at some uncertain future date. As mentioned earlier, this is a particularly facile way for San Diego to bring down its greenhouse gas emissions. Places like Altanta or Houston, with their weeks and weeks of hot, humid weather, don’t have it as easy when it comes to tackling the air condition problem. But this is something that San Diego can accomplish quite easily.

​Even if we can cool our homes and workplaces without HFCs using 100 percent renewable energy, that renewable energy is still being diverted from use that might be more appropriate use of energy for San Diego. Xing out our use of large-scale cooling is one of the most appropriate things that San Diego can do to keep a cool planet.